“Seeing people we later met repeated that request we deemed it a academic mission that we should prepare this work under the title The Unknown Ottoman in 700 Questions on Occasion of the 700. Anniversary, print it in a large number of copies and distribute it to all those hands in need thereof. However, through warning of friends we came to realize that that would be too voluminous and that even that was published the handbook titled “Ottoman History; Misunderstandings and Truths” would definitely have to be published by selecting 300 questions from among them meticulously. In truth, it was years ago that I started writing such a book as Ahmed Akgündüz. Nonetheless, seeing that project was composed of different aspects, I wished that my revered colleague Prof. Dr. Said Öztürk, an Economics Historian, take part in this project with his academic accumulation, especially authoring the Ottoman Economic Issues in the Fourth Section. The contributions of my colleague as regards to the Economic History of the Ottoman State as well as his assistance in referring to reference books for the work to be more perfect, and revising the written texts have ensured that this book be published under two signatures.
We should mention that Prof. Dr. Akgunduz has written 290 questions with their answers and Assoc. Prof. Dr. Said Ozturk has written 13 questions with their answers. They have cooperated about references and editing the book again and again.
Our book will consist of Four Parts. In the First Part shall we deal with the weighty questions on the Political History of the Ottoman State and the replies to them. However, such questions as are most frequently asked about each sultan – even if they are related to law or economics – will be dealt with in this part. For instance, we shall not turn a blind eye to the issue of fratricide in his Legislature while making mention of Muhammad the Conqueror and the charges of the Holocaust of the Kurds when it comes to Selim the Excellent. In the Second Part, we shall answer the questions on the Social Life in the Ottoman State and the Harem. In the Third Part, we shall study those issues regarding the Ottoman Legislative System and the Organization of the State. In the Fourth and Last Part, we shall answer some questions about the Economy and the Financial Law of the Ottoman State. Unfortunately, we have failed to deal with all of the questions we have received in all the aforesaid fields owing to insufficient space. Yet we have said that if something cannot be achieved totally, it should neither be given up completely and have thus been compelled to suffice with this much.” 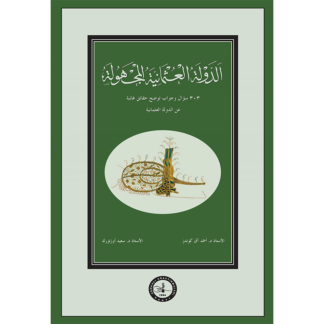