There is no explicit separation in Islâmic law between public and private law, but a special system has been used throughout history. Some scholars use the term Muslim personal law, which derived from the term al-aḥwâl al-shaḫṣiyyah in Fiqh books. But we prefer Islâmic private law; because Muslim personal law indicates different legal meaning – rules governing natural and legal persons. In this book, we will elaborate on Islâmic rules relating to seven branches of private law: personal law, family law, inheritance law, obligations and contracts’ law, property law, commercial law, and international private law.

We will explain or summarize Islâmic rules in this book, rather than my (the author’s) personal views. Unfortunately, there is a misunderstanding in Western countries: if any Muslim scholar writes an article or book or grants an interview to a journalist to explain Islâmic rules on any issue, most Westerners, and especially people ignorant of Islâmic Law attribute these views to this scholar and holds him or her accountable. For example, a Dutch journalist came to see me and asked about the issue of beating women in the Qur’an, I explained the verse in the Qur’an and some interpretions by the Prophet Muhammed and Muslim jurists. The journalist did not understand what I explained, and many people have accused me of advising Muslims to beat their women. This is absolutely false.

This is why we have to explain the following points.

The first point is this:all the regulations in Islâmic law are divided into two groups with respect to to legal authority.

First, rules that were based directly on the Qur’an and the Sunnah and codified in books on Fiqh (Islâmic Law) are called Sharî‘ah rules, Shar‘-i Sharîf, or Sharî‘ah law; these rules constitute 85% of the legal system. The exclusive sources of these rules are the Qur’an, the consensus of Muslim jurists, and true analogy (qiyâs). All explanations of these rules based completely on the Qur’an and the Sunnah. If any Muslim scholar writes an article on ‘beating women’ or ‘polygamy,’ he is responsible only for his/her interpretations. Could any scholar be responsible for the religious ideology that he/she explains? Are his/her explanations to be considered propaganda for that religion or ideology? Absolutly not.

Western authorities, politicians and journalists should know that Muslims hold that every machine has a manual. If the manual is not followed when the machine is being used or operated, it will break. Allah sent the Qur’an as the manual for human beings. If a society does not take the Qur’an as its guide, it is destined to have the same fate as a machine that is operated without the manual. This is a basic creed for Muslims. A Muslim cannot disagree with a explicit verse of the Qur’an.

Second, financial law, land law, ta‘zîr penalties, arrangements concerning military law and administrative law in particular were based on the restricted legislative authority vested by Sharî‘ahdecrees and those jurisprudential decrees that were founded on secondary sources such as customs and traditions and the public good, which fell under public law, al-Siyâsah al-Shar‘iyyah(Sharî‘ah policies), Qânûn (Legal Code), and the like. Since these could not exceed the limits of Sharî‘ah principles either, they should not be viewed as a legal system outside of Islâmic Law.

The second point is thatanother classification of the Islâmic rules should be explained. Many Muslims and non-Muslims think that all injunctions in Islâmic Law, such as polygamy and slavery, were established by the Qur’an or the Sunnah directly, and Islâmic Law has been criticized severely for this. The supposition here is false. A further point that causes confusion is the view that there was no slavery, male or female, before Islâm and that Islâm introduced it. There are, however, two kinds of injunctions in Islâmic law.

1) The first are injunctions that were laid down by Islâm as principles for the first time since they did not exist in previous legal systems. Islâm established these principles, such as zakâh, waqf(endowments) and inheritance shares. Muslim scholars state that these are completely beneficial for humankind as a whole. They also contain many instances of wisdom and purpose, even if people are not aware of them.

2) The second are injunctions that Islâm did not introduce; they already existed and Islâm modified them. That is, Islâm was not the first to set them down; rather, they were part of the law systems of other societies and were applied in a savage form. Since it would have been contrary to human nature to abolish injunctions of this kind suddenly and completely, Islâmic Law modified them so that they were no longer barbaric but civilized. Slavery and polygamy are good examples of this.[2]

My third point is thatI have explained theoretical rules of Islâmic Law in this book, but have not neglected the practice aspect of Islâmic private law. We have focused on the practice of the Ottoman State for Sharî‘ah especially because the Ottoman State practiced Islâmic Law completely, and we have archival documents proving this claim. The study of Shar‘iyyah Records (Shari‘iyyah Sijilleri) proves that in the Ottoman State Sharî‘ah rules were taken as the basis for personal law, family law, inheritance law, jus obligationum, law of commodities, commercial law, and all the branches of private law with respect to international private law.

The analysis of the two essential sources of information regarding Ottoman law, viz. legal codices and Shar‘iyyah Records, leads to the following irrefutable conclusion: the Ottoman legislative authorities only and solely codified administrative law, with the exception of various subjects of constitutional law, property law, laws regarding state land, military law, financial law, ta‘zîr(punishment by way of reproof), crimes in criminal law and their penalties and decrees regarding some exceptional issues of private law. In issuing decrees on these it codified Sharî‘ah principles – if any – since matters transferred to the rulers’ arrangements would be made in consideration of such secondary sources as the public good, customs, and traditions. Because it could never be alleged that a state’s legal system consisted solely in the above-mentioned subjects, it could also not be claimed that the stated issues were arranged in disregard of Shar‘-i Sharîf. The explanations below will clarify this matter.[3]

The fourth point is that contemporary Islâmic codes from different Muslim countries were not negleced. I have sometimes looked at the Morroccan Family Code (al-Mudawwana),[4] Egyptian laws that are the root of Muslim Middle Eastern countries’ legal systems, Pakistan’s law code which was based on the Ḥanafî Law School. We could say that in Lebanon, Syria, Iraq, Kuwait, Jordan, the effects of Ottoman legal codes, like Majallah and family law continue.

We should not forget some official or semi-official legal codes in Muslim countries that are completely based on Sharî‘ah. For example, Muḥammad Qadri Pasha’a (1306/1889), Murshid al-Hayrân (Guide for the Perplexed), which consists of 1,045 articles; Al-‘Adl Wal Insâf Fi Hall Mushkilât al-Awqâf (Justice and Equity in Solving the Problems of Endowments), which consists of 343 articles; and Al-Aḥkâm al-Shar‘iyyah Fi al-Aḥwâl al-Shaḫṣiyyah (Legal Rulings on Personal Status Law), which consists of 647 articles; Morroccan Family Law (Mudawwanah); The Egyptian Civil Code was written in 1949, whose primary author was Abdel-Razzak al-Sanhuri, who was assisted by Dean Edouard Lambert of the University of Lille; The Egyptian Civil Code has been the source of law and inspiration for numerous other Middle Eastern jurisdictions, including the pre-dictatorship kingdoms of Libya, Jordan, and Iraq (both drafted by Al-Sanhuri himself and a team of native jurists under his guidance), Bahrain, as well as Qatar (the last two merely inspired by his notions) and the commercial code of Kuwait (drafted by Al-Sanhuri); Pakistan Muslim Family Law Ordinance 1961.

This book is divided into seven chapters:

We repeat again that we have preferred to write what Muslim jurists (fuqahâ) have argued is how the Qur’an and the Sunnah should be interpreted. Our success will be measured by our ability to correctly reproduce what existed in Islâmic sources. Every human enterprises falls short; we are ready to perfect our study with the help of contributions by readers and constructive criticism. I would like to thank all those who read this book and contribute constructively to it. I am thankful to God Who enabled me to complete this book.

[4]        The Mudawana, short for mudawwanah al-aḥwâl al-sḥaḫṣiyyah, is the personal status code, also known as the family code, in Morroccan law. It concerns issues related to the family, including the regulation of marriage, polygamy, divorce, inheritance, and child custody. Originally based on the Mâliki school of Sunni Islâmic jurisprudence, it was codified after the country gained independence from France in 1956. Its most recent revision, passed by the Morroccan parliament in 2004, has been praised by human rights activists for its measures to address women’s rights and gender equality from within an Islâmic legal framework. 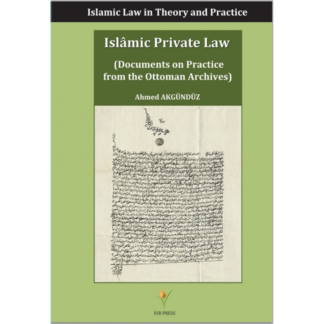